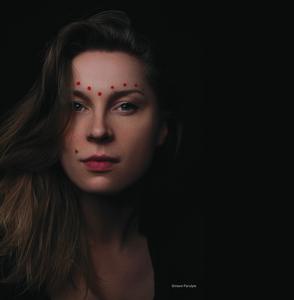 Lovefool is a one-woman play about Grace, a young woman hungry for affection and looking for love in the wrong places, who is forced to discover what healthy (self-) love might look like.

In her riveting play, the Luxembourgish author Gintare Parulyte

explores with vulnerability and humor the effects of toxic masculinity and inequality, as well as those of life governed by gender expectations that are too confusing to fathom, let alone to enjoy. It’s about emotionally absent fathers, co-dependent mothers, and what unresolved traumas do to our ability to love and receive love as adults. But it’s also about hope for a better world and the power of (self-) awareness —the tools to heal and be able to lead a life filled with true love, self-respect, and purpose. Lovefool is heartbreaking and hilarious at the same time.

Gintare Parulyte is a Lithuanian-born actress, author, theatre director, and filmmaker from Luxembourg. After having worked as an actress in both national and international theatre and film productions, she wrote and directed the films Is That, Like, Your Real Job?, And He Said Yes!, Date Night, co-wrote the film You Kai as well as co-directed the short Aftermath, Afterpath. She recently launched the web series Ladybits and is in development of two TV series and her first feature film. In terms of theater, she wrote, directed, and starred in the autobiographical play A Lithualien in the Land of Bananas about her childhood as an immigrant and directed Guy Helminger's play Wie ein König.