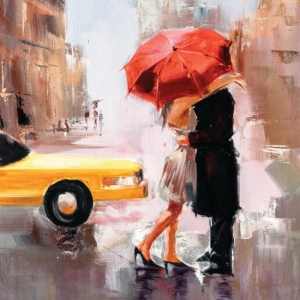 Midsummer's weekend in Edinburgh. It's raining. Bob's a failing car salesman on the fringes of the city's underworld. Helena's a high-powered divorce ...
plus

Midsummer's weekend in Edinburgh. It's raining. Bob's a failing car salesman on the fringes of the city's underworld. Helena's a high-powered divorce lawyer with a taste for other people's husbands.

Helene is totally out of his league; Bob is not her type at all. They absolutely should not sleep together. Which is, of course, why they do.

Midsummer is the story of a great lost weekend of bridge-burning, car chases, wedding bust-ups, bondage miscalculations, midnight trysts and self-loathing hangovers. A play with music, with songs. Midsummer wears its rose-tinted glasses proudly, asking how we choose to remember our own stories. The play's first outing in 2008, just after the financial crash, was designed to be an experience of pure joy for its audience. Ten years on, we have different reasons to need a pick-me-up. (The Guardian). - And thirteen years on, we might add, even more.

David Greig (born 1969) is a Scottish playwright and theatre director. His work has been performed at many of the major theatres in Britain, including the Traverse Theatre, Royal Court Theatre, Royal National Theatre, Royal Lyceum Theatre and the Royal Shakespeare Company, and has been produced around the world.

The Luxemburgish theatre director Anne Simon works on a regular basis at TNL. Due to the pandemic her staging of Will Eno's The Open House had to be cancelled. With David Greig's Midsummer she will set out on another attempt at exploring a riveting story of our times and ambivalent yet highly likable characters

With: Larisa Faber and Daron Yates