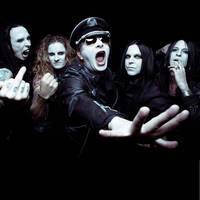 
The Rockhal regrets to announce that the show of Deathstars planned for April 27th, 2020 has been postponed to October 14th, 2020 due to delays with ...
plus


The Rockhal regrets to announce that the show of Deathstars planned for April 27th, 2020 has been postponed to October 14th, 2020 due to delays with recording process. All tickets purchased remain valid for the new date.


Due to delays with the recording process, the band has been forced to postpone the spring tour dates. Singer Whiplasher Bernadotte states: "We regret to inform you this, but because of family matters and a complex period of personal responsibilities, the new DEATHSTARS album will be released post summer 2020 - instead of late spring - and tour will commence just after. Sometimes scheduled darkness isn't ready for the chaos of reality. Scheduled or not - when the dark does what the dark does best - it's darkness, even in fall 2020. Get ready!?

After recently reuniting with guitarist Cat Casino and celebrating their comeback on major festivals such as Wacken, Graspop and Master Of Rock, Sweden's death glam sensation DEATHSTARS can't wait to hit the road again, and have announced the first leg of their upcoming European headline tour to take place in 2020.?? The band is currently putting the final touches to their upcoming studio album - the first since 2014's "The Perfect Cult" - set to be released in early 2020 via Nuclear Blast. So, keep your eyes open for further info to be revealed shortly.
??"We're back! After four years of recharging and with Cat back in the band plus the manic Nitro on drums we will bring you one hell of a show. We can't wait to be back on the road and meet all of you again! Naked or otherwise. Don't miss it!"
?
Don't miss the chance to catch the infernal fivesome live at the Rockhal!