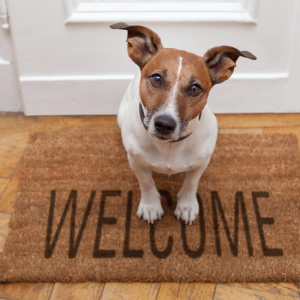 People have been born into families since people were being born at all. Playwrights have been attempting to write Family Plays for a long time, too. And, ...
plus

People have been born into families since people were being born at all. Playwrights have been attempting to write Family Plays for a long time, too. And, quite typically, these plays try to tackle endlessly complicated issues of blood and duty, inheritance and responsibility. They try to answer the question, "Can things really changeÔ For many years, writers have been trying very nobly to solve what hasn't been solved in a life time in the course of a two-hour-play. This has to stop.

Father and Mother have united Daughter, Son and Uncle around them in their living room in order to celebrate their wedding anniversary. From behind a newspaper and out of the protection of his restraining wheelchair, Father keeps lashing away at his offspring and brother with cynical meanness and dark, deadpan remarks. Numbed by habit, the family dismisses these attacks with dismal resignation, every now and then preparing a counter-offensive before realising such a project's utter waste of energy.

The family dog's vanishing sets in motion a series of disappearances leaving Father remain immured in his wheelchair whilst the familiar decor around him changes - the human punching bags, which used to surround him and which he's relied on for survival, are eventually removed, leaving him more and more disoriented and crumbling.

Anne Simon has directed Will Eno's series of short plays Oh, the humanity and will continue to challenge the naturalism of the American stage. So does Will Eno, a playwright who constantly explores that fine borderline between truth and fiction. A perfect match to shed some light on Eno's darkest territory, confronting the intimate brutalities of everyday life.

The Open House won the 2014 Obie Award, the Lortel Award for Outstanding Play, and a Drama Desk Award, and was included in both the Time Out New York and Time Magazine Top 10 Plays of the Year. It is presented by special arrangement with Samuel French, Inc., a Concord Theatricals Company.

Mr. Eno has established himself as one of the most vital, distinctive voices in the American theater over the past decade. Once encountered, his style is not likely to be forgotten. New York Times