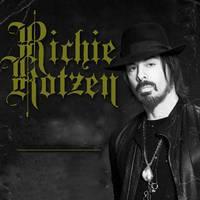 'Fifty for Fifty' marks the 23rd solo album for singer/songwriter/multi-instrumentalist Richie Kotzen. The album is a fifty song three disc package that features previously unreleased compositions produced, performed and written by Kotzen. The album will be released on Kotzen's 50th birthday [February 3rd 2020]. Kotzen's influences and artistic range run wide from Philly soul R&B to Jazz, Rock, Funk, and Fusion Guitar. Although Kotzen has been hailed as a guitar virtuoso since the release of his first album back it is his emotional lead vocal delivery and diverse songwriting style that separates him from his peers. This release captures the full artistic scope of what makes Richie Kotzen such a unique artist.
Richie Kotzen will be touring extensively in 2021 to promote his 50 for 50 album Kotzen has endorsement deals and signature products with Fender Guitars, Victory Amps, and Tech 21 effect pedals along with many other musical instrument companies.