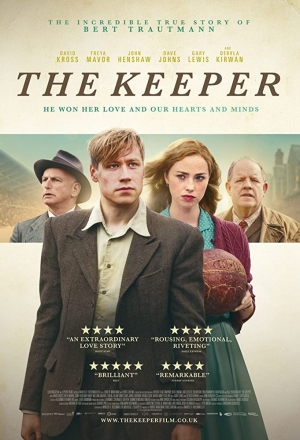 Country : EN, DE
Genre : sports biography
Duration :120 mins
Directed by : Marcus H. Rosenmüller
Starring : David Kross, Freya Mavor, John Henshaw
Synopsis : The love story of a young English woman and a German PoW who together overcome prejudice, public hostility and personal tragedy. The manager of the local football team notices Bert Trautmann, a young German soldier, and is so taken by his prowess as a goalkeeper that he gets him out of the camp to play for his local team. Meanwhile, his daughter Margaret falls for Bert and their love blossoms despite local hostility and resentment of the German PoWs. In the meantime, Bert's heroics in goal are noticed by Manchester City for whom he signs after marrying Margaret. However, his signing causes outrage to thousands of Man City fans, many of them Jewish...
Sales company and print source: Beta Cinema

The Tribe of Gods

A Bump Along the Way