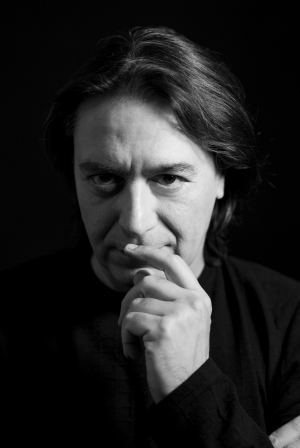 A special show by Yannis Kotsiras, who is coming back two years after his highly ...
mehr

A special show by Yannis Kotsiras, who is coming back two years after his highly successful European tour, with ten big concerts in Germany, France, England, the Netherlands, Austria, Belgium, Luxembourg and Czech Republic. The popular and acclaimed artist has prepared a musical journey that not only represents his own well-known and beloved songs but also includes the ‘great’ songs of important contemporary Greek music composers such as Mikis Theodorakis, Manos Hatzidakis, Stavros Xarchakos, Mimis Plessas and others. Additionally, his setlist wouldn’t be complete without the Greek rebetika and folk songs by Markos Vamvakaris, Vassilis Tsitsanis, Christos Nikolopoulos and more.

It is well known that Yannis Kotsiras has been selected by the most important Greek composers to perform their most important and most deliberate works. Born around folk and rebetiko music, he is widely accepted to be among the best ambassadors of the genres. That is why his setlist includes highlights of Greek music scene and many ‘great’ songs that we have all loved and whose magic in this particular show is more prominent in the form that they were originally produced.

On the piano, George Papachristoudis, an important musician, not only in Greece but also abroad, has collaborated with the most important Greek composers and singers. Vangelis Machairas, an artistic partner of Yannis Kotsiras for many years, composer as well as a great soloist of our traditional music, will infuse all those Greek aromas through his bouzouki, oud and tzouras.

We are all invited to experience and share, across the borders: the passion, energy and unique voice of the Greek artist, in a program that encompasses the entire history of Greek music!